Public Relations Manager of the Year 2016:

author behind the concept of the EST brand, Peter Kentie

The winner of the ‘Public Relations Manager of 2016’ title is a Dutchman and Estonian e-resident by the name of Peter Kentie, who proposed the concept of the EST brand for Estonia. 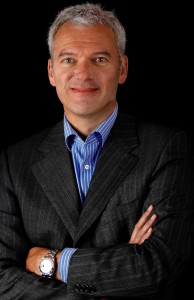 “Estonia has inspired me immensely. The country and the people touched me deeply so I decided to actively inspire the debate about Estonia’s nation branding. Based on a catchy and effective marketing concept.

My aim was to unlock Estonia’s potential by communicating the nations unique values, stories and capabilities in a cohesive and convincing way. I truly enjoyed being the subject of a true media frenzy and how the proposal was so lovingly embraced by marketing professionals, media and citizens alike.

The award creates additional support for the ongoing process to get -est concept accepted and to bring Estonia in the limelight globally.”

‘The simple, ingenious idea behind the creation of EST by Peter Kentie made not only Estonian marketing professionals, but also a far wider scope of people in general think about Estonia’s image, and also involved a good many people in actual activities, ie, the implementation of the idea,’ said Aive Hiiepuu, president of the Estonian Public Relations Association.

‘Testing the “EST” part of any words we could find and searching for new words has become an exciting game. In straightforward terms, Peter Kentie, who is a fan of Estonia, created freeware for the Estonian brand in his own time and entirely free of charge,’ Hiiepuu added.

The Estonian Public Relations Association awards the annual PR title to the person whose communicative activities have had the greatest impact in Estonia.

In previous years the award was received by:
Estonian Public Relations Association is a professional association that was founded in 1996 as an umbrella organisation for public relations practitioners in Estonia. The Association brings together public relations professionals from all over Estonia. It has currently more than 90 active members who are employed in public and private companies, public sector organisations, non-profit organisations and PR-agencies. The association is member of the international professional network Global Alliance for Public Relations and Communication Management and Estonian national Network of Estonian Nonprofit Organizations.
Copyright © 2023 Eesti Kommunikatsioonijuhtide Liit.